Looking back at the past year, a lot of the time it felt like losing. On my twenty fourth birthday I was sure I had it all laid out and decided – I was working in the music industry doing real work! Design! Media buying! Mister and I didn't have to deal with a wedding or moving, we would just get to enjoy what we'd worked for. I was sure that the year was going to be my victory lap.

I think in hindsight, I might have been begging to be humbled.

Twenty Four has been such a jumble that even close to the end, I still can't decide what to make of it. But while I've been locked in trying to figure it out there's been a little seed of wisdom, curled up like a sleeping cat on the corner of my bed. And when I focus in it reminds me that this year hasn't been good or bad. The realization spreads into a smile- this year has been a lot of grey area, but it has been beautiful.

Twenty Four taught me to be active when faced with fears. As a planner, nothing is scarier than watching your plans fall through, and for part of the year I froze. My dream job turned into a nightmare, young family friends passed away, I was buried in school and having trouble managing everything. I could have reassessed and rallied my troops, but instead I rationalized what was going on, convinced myself it would improve with time, and ignored what my heart was telling me I needed: action that would lead to peace, quiet, and time to heal up. But I didn't feel brave enough it take it on. I didn't change the things that weren't working, I heaped school work on my desk, stayed quiet and worried myself sick. But all year, the only time anything changed for the better was when, in some small way, I took action. It took a long time to get it through my head, but I've got it: I'm the only one who can steer my ship, and if I'm asleep at the wheel or focusing on feeling lost I won't end up where I want to be.

Twenty Four showed me grace and forced perspective. Through the winter, there's been a lot of loss around my family. Young friends have passed away, older friends have had lost their health, deals have fallen through and job stability hasn't been around. We've even lost two horses in six months. While I've been working through things that feel really big, I've watched my Dad reckoning with things that are really big…and his response has been to put most of his time into people who need him. He spends time every day with a single friend's son, so the little guy has a father figure. He's been helping his friends get healthy, and supporting his friends who are mourning. It's been amazing to see what focusing on others looks like day to day, and it makes me want to be that kind of person.

Twenty Four helped me abandon perfect because it paralyses you. Perfect ignores that working from your beautiful, imperfect strengths leads you to an effortless place. Perfect doesn't want a journey, it wants a hero's welcome and control. When I get too hung up on details and plans I can slip into this mentality… and it misses the point of who I am. I'm not neat and tidy, and I'm not interested in refining the personality out of who I am. I'm interested in responding from my heart, with kindness, and with enthusiasm.

This year, I feel like I'm finally starting get it.

The jumps where I didn't nearly execute the landing aren't about rehearsing until I get it right, they're about choosing my time, finding great people to do it with and then leaping out off the edge with style and abandon. The bad things that happen aren't about what I deserve and the good things aren't about what I'm owed, they're dips and twirls in the dance, and the moments when I feel connected and loved? They're about memory and hope.

There's a beautiful story about Charlie Chaplin when he was developing his tramp character. He was working with a troupe of actors and in the middle of furious slapstick rehearsals his mentor would should out to them:

Reminding them not to forget the sweetness and the wonder, even in the middle of that precise and wild abandon.

In the middle of all this, the good and the bad, and whatever next year brings my way I'm going to work hard to keep it wistful. I want the wonder to come as easily as breathing, I want to be wholly myself, and I want to work incredibly hard to will everything I have in my heart into existence.

May 23rd? It's been a long year, but I'm finally ready for twenty five.

Nostalgic Radio, Dressed for The Fall 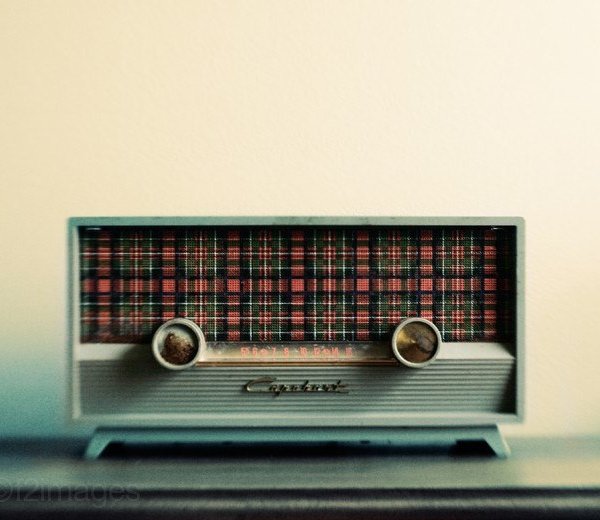 I've worked behind the scenes in hundreds of businesses, from six figure brands to one woman shops make their marketing uncomplicated.

I'm an award-winning, Canadian based marketing strategist and business coach with 10 years of experience. Always behind on marketing?

It's not you, it's your system! Enter your email address below to get the love back and ditch the overwhelm.

Devlin is TWO today!⁣ ⁣ Man, I want to tell yo

If you KNEW Instagram was going to build your busi

If you're overwhelmed, you don't need a new app or

And you get to decide EXACTLY what that means for

This girl charged $500 for her first web design ..